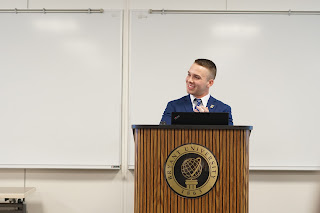 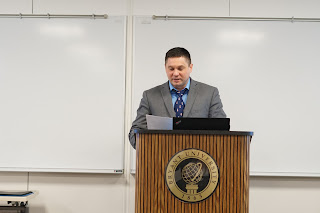 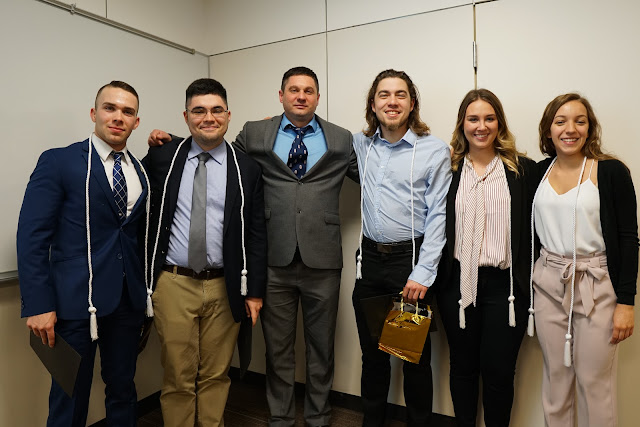 Thank you to all of my French students! It was a pleasure working with you at Bryant!

Posted by Unknown at 7:49 AM No comments:

Come join the Commuter Connection and Franco BU to celebrate the tradition of Mardi Gras right here on campus! The Commuter Connection will be supplying delicious King Cakes, and Franco BU will be bringing in traditional celebratory food! Come eat to celebrate Fat Tuesday and have some fun by making your own Mardi Gras masks at the craft table! Hope to see you there this Tuesday from 10AM - 4PM in the Unistructure in front of Suite A!
Unistructure in front of Suite A

Posted by Unknown at 7:12 AM No comments:

Who could have known that winter, piles of snow and ice would be so much fun?
Bryant students did suspect it would be fun, but the trip to Quebec by far surpassed their expectations.
As Adi astutely pointed out during the Quebec winter carnival parade:

"This is so much better than Macy's parade in New York! This is the most fun I’ve had in my life!"

The atmosphere of the winter carnival parade was somewhat reminiscent of Mardi Gras parade in New Orleans, yet in a completely different setting with a different set of themes, floats, costumes and special effects.

What preceded the evening parade is as follows.

We had a wonderful breakfast at the Chateau des Tourelles, which was included and freshly made to order by a French cook who was born in Paris and lived in Bretagne before moving to Quebec City.

We also met Lily. Lily loves to stay around you and will love you more if you share some of your breakfast with her.

Adi, Matt, and Ben enjoyed helping a few Quebecois to get out of the parking spaces as their cars were stuck in the snow.

Bryant students enjoyed a degustation of maple syrup candy made right in front of them at the Cabane à sucre du Québec:

Apparently, there’s over 200 of them scattered around the Quebec City during the carnival season. The process of preparation is simple, yet unique. The boiling maple syrup is poured into the snow and rolled into a candy on a stick. This Cabane à sucre was conveniently located near the entrance to the winter festival activities, which are too numerous to name and describe. They are all associated in one way or another with the Quebecois culture, way of life and celebration of winter.

Our visit to Musée du Fort provided some additional insights into the resilience and pride of the Quebecois people who throughout centuries managed to withstand hardships and resist multiple invasions.

The Carnival is another way to celebrate their French cultural heritage, embrace their identity, and reassert their resilience, conviviality and joie de vivre.

We enjoyed our convivial dinner at le Petit Coin Latin. For many students, this was the first time trying la raclette:

The best part of it is that you share the experience while preparing the meal together.

Cheese is melted at the bottom rack and scraped into your plate over potatoes. The meats and eggs are cooked on the top rack. The Quebecois version of raclette is different from the Swiss and French equivalents, because it includes more ingredients - salads, tomatoes, onion, bacon, egg, mushrooms etc. The Swiss and the French like to stick to cheese, charcuterie, pickles, and baguette.

On our way back, we took a wrong turn and ended up having to go in the direction of Quebec City for a while. This turned into one of our jokes on the way back to Bryant, as students kept saying let’s go back to Quebec and spend another night at the winter carnival.

When we returned to Bryant in the evening, it was beginning to snow here. We brought along with us a part of Quebec City. Thank you to all the students for going on the trip and sharing your experiences and memories with each other and other members of Bryant community until next year’s Quebec winter carnival 2020.